Uxío Novoneyra’s legacy goes beyond his own literature, which was always the heart of a lifelong commitment to culture and humanity. Through an avant-garde poetic style, always linked to the natural environment of the Courel and to the language and people that gave it shelter, Novoneyra got engaged with the just causes of the world and became the mirror that inspires us today. The words of the Real Academia Galega in the year in which the Día das Letras Galegas was dedicated to him (2010) are a good summary of the wide extension of his figure: “excellent poet, Galicianist and deeply democratic, with roots on the people and on popular poetry”. With the strength of the memory, word and thought of Uxío Novoneyra, Galician poet of total dedication, this Foundation is built to work for a more just, free and solidary future from the local community with global conscience. 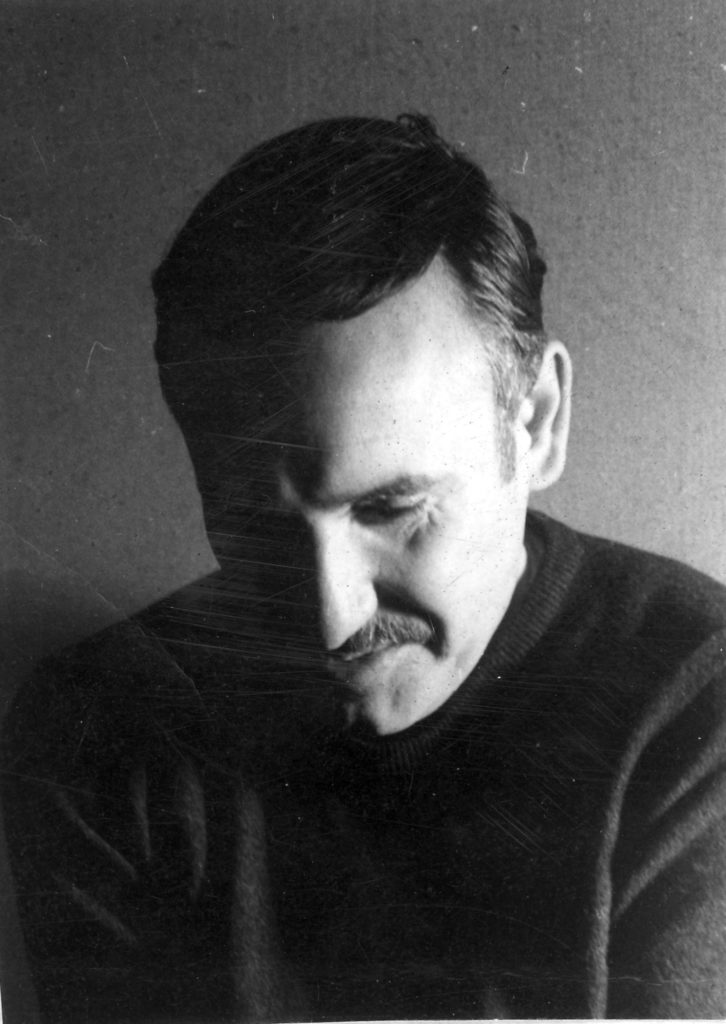 Uxío Novoneyra was born on January 19, 1930 in Parada do Courel. He studied high school in Lugo and later moved to Madrid to study Philosophy and Literature. He began to write at the age of 18. When he was 25, he published the first issue of Os Eidos, a book that was the pinnacle of Galician literature in the 20th century. Novoneyra will continue writing new poems for this Galician contemporary essential.

Between 1962 and 1966 he worked in the Spanish Radio and Television (RTVE), directing cultural programs focused on the dissemination of poetry. Very influenced by the troubadour lyrics and by the avant-garde, he intensely cultivated oral and visual poetry through calligrams. His recitals were considered cultural events and in his work as a calligrapher he explored the physical intensity of the poetic word, which he revised and adjusted in successive editions.

In the 80’s, already considered a classic by critics and public, he compiled his work in three successive publications: poems of the Earth in Os Eidos. Libro do Courel (1981), love poems in Muller pra lonxe (1986) and political poetry in Do Courel a Compostela (1988).

Uxío Novoneyra moved to Santiago de Compostela in 1983 with his wife, Elba Rey, and their children: Branca, Uxío and Arturo. From 1983 to 1999, he was the president of the Association of Writers in Galician Language (AELG) in a tireless work in favour of Galician language and culture until his death at the age of 69, on 30th October 1999 in the Galician capital.

His last book, Ámeto mítico, was published a few days before his death. Arrodeos e desvíos do Camino de Santiago e outras rotas, a pilgrimage through the language and places of Galicia. With this last publication he closes an avant-garde work radically committed to the memory of the Earth, the struggle against the oppression of power and the existential experience provoked by love and against death.

SELECTION OF HIS WORK

Uxío Novoneyra was a widely recognized author for his first book, Os Eidos, a classic of contemporary Galician literature. The poet continued writing all his life for that Courel’s book, always open and in process. Here is a small selection of his most relevant work: 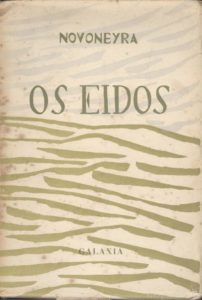 On the occasion of the Letras Galegas dedicated to his figure in 2010 all his work was reissued. Ten years after his death and due to the celebration, numerous critical studies emerged and Os Edios. Libro do Courel was translated in a Galician-Spanish bilingual edition by the publishing house Árdora. In addition, Luís Cochón and Aloso Girgado chose his prose in two volumes, A casa! o val! a patria homilde! e i-en todo o silencio preguntado, published in the Cadernos XIV and XVI of the Ramón Piñeiro Foundation.

The poet of the Courel collaborated in numerous magazines and newspapers of Spanish-American scope and his work was translated to all the community languages. Uxío Novoneyra is currently considered one of the great interpreters of his land and a myth of Galician literature. His work, of immense multiple power, continues to unfold new readings.

At the end of 2019, two new anthologies were published in English and Italian: The Uplands. Book of the Courel in the American house Veliz Books translated by the Canadian poet Erin Moure and Poesie delle chiara certeza (anthology 1955-1999) in the publisher Aguaplano with the translation of Marco Paone.